RANT -- I'm losing it over the imbeciles @ Microsoft

I recently switched a PC to Windows 11. It's a mixed bag and not all bad. My Lenovo laptop got a noticeable speed bump. I know animations can trick you into thinking things are faster -- but -- the system is actually faster. I found my AMD Ryzen 5 3500 got a definite speed boost from sluggish to zippy. That alone is rather amazing.

But what's pissing me off is the imbecile design choices of the Operating System. It's like the people at Microsoft have never seen a Mac before, have no idea what Linux is, and maybe even never used Windows 10. It's like a soccer team was hired to create Windows 11.

Those taskbar icons are too big for my 14 inch. I can scale them down but then I have trouble reading everything on my screen. For 22 years Apple has made their 'taskbar' resizeable to any size you like. 22 years.

Which soccer player decided the start menu icon MUST be attached? Why not offer the option to separate it and move it to the left to gain more space in the centered taskbar? This is a billion dollar company and they can't be bothered to do this?!? 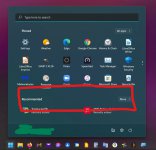 What a complete waste of desperately needed space. I don't want to scroll to find more apps. Instead if that red box were removed I'd have room for twelve more. Oh, and by the way, some jerk removed the ability to place certain settings (Check for Updates, for instance) as apps in the start menu. So now you have to dig thru settings instead of warping right to the spot you need but will typically forget some months later without a shortcut. Who did this feature harm again?

If they had removed the ability to put the Recycle Bin in the start menu I probably would have packed my bags and moved back to Mac. Seriously. I hate Apple but I also hate using Hasbro operating systems. (Irony here is I believe you can't remove the trash can from Apple's dock... but I'm saying that's one thing that thrills me about Windows 10.) 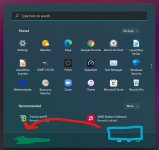 -- the power button is in the wrong place. You could use it faster if on the left and my name was on the right. 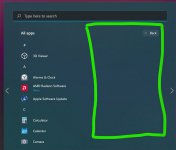 What's wrong here is so obvious. This is why I use the term 'imbeciles'. I'm too mad to bother to explain.

So the entire point of 11 was to unify the OS. Yeah. Yup. That's some nice Dark Mode going on there I can tell you. :eyeroll: 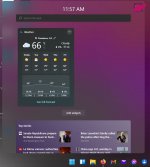 The best thing that can be said of this is how easy it is to turn off and un-intuitive it is to find and turn back on.

1. Drag an item on the desktop towards the taskbar
2. Hover over an app you like until doing so pulls that app forward and then
3. drag that item into window

Honest to God I'd pay $1000 for someone to go to MS, find the cretin who removed that feature and then beat them to death with their laptop.
Last edited: Sep 27, 2021
Ad

Okay. So I've calmed down. But only a little.

I still believe some head-bashing in Redmond is in order.

Atop the Start Menu is a search bar.

If you use it -- the system removes the Start Menu, widens the window a little, and now you have a Search window. My complaint here is small, a detail, but one how many paid programmers and designers should have already caught: it's a little jarring for the window to grow a little bigger in search mode. And it's very jarring how that new window BLINKS into being.

Since MS has robbed the user pinned apps elbow room -- why not make the start menu wider ALREADY? That would add 3 more apps in the pinned area. Therefore a search would leave the window the exact same shape and simply transform within to a search menu.

And why not have a visible way to click back to the Start Menu? Besides clicking the Window Key again? One could -- make the search field small enough to include a back arrow outside of it to the left.

Now it is a dramatic improvement over Win10. When you click the Windows button in 10 you see the start menu and there's no search field whatsoever. But if you start typing -- whammo -- you're in a search window.

I should say I remove the 'looking glass' search icon from the taskbar because of Windows new taskbar I need all the space I can get. But I've had it gone most of my use of 10. I actually think it's a great idea having search emerge after the Windows key. In this way the Start Menu has many useful... urm... uses.

One detail on top of a detail -- in portrait mode the start menu and search window accidentally remain the same size to each other. What I want for landscape but I guess... consistency doesn't matter. Moving forward -- 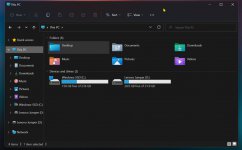 1. It would be nice if Quick Access could be removed. They've only had how long to address this confusing eyesore?
2. The big area on the right looks improved. More modern. The menu on the left... not so much. Unfinished. I wondered if I could pull that divider to give more room to the menu on the left. I could. I'm surprised it defaults to cutting off a drive name.
3. I sense the font is too small. See Zorin 16 OS -- 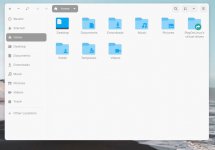 Zorin looks so much cozier with itself. Elements/areas of the window do not fight with each other. Windows looks like a conversion van pretending to be an SUV. Moving on --

-- apparently everyone at Microsoft has really good vision. Because silly ol' people like me having trouble seeing the grey options here.

The design flaw here is simple: not enough contrast. So all the icons should be a bright grey WHERE all the available actions add a blue accent. Or all the unavailable options VANISH until you de-select an item.

I promise I didn't write this -- 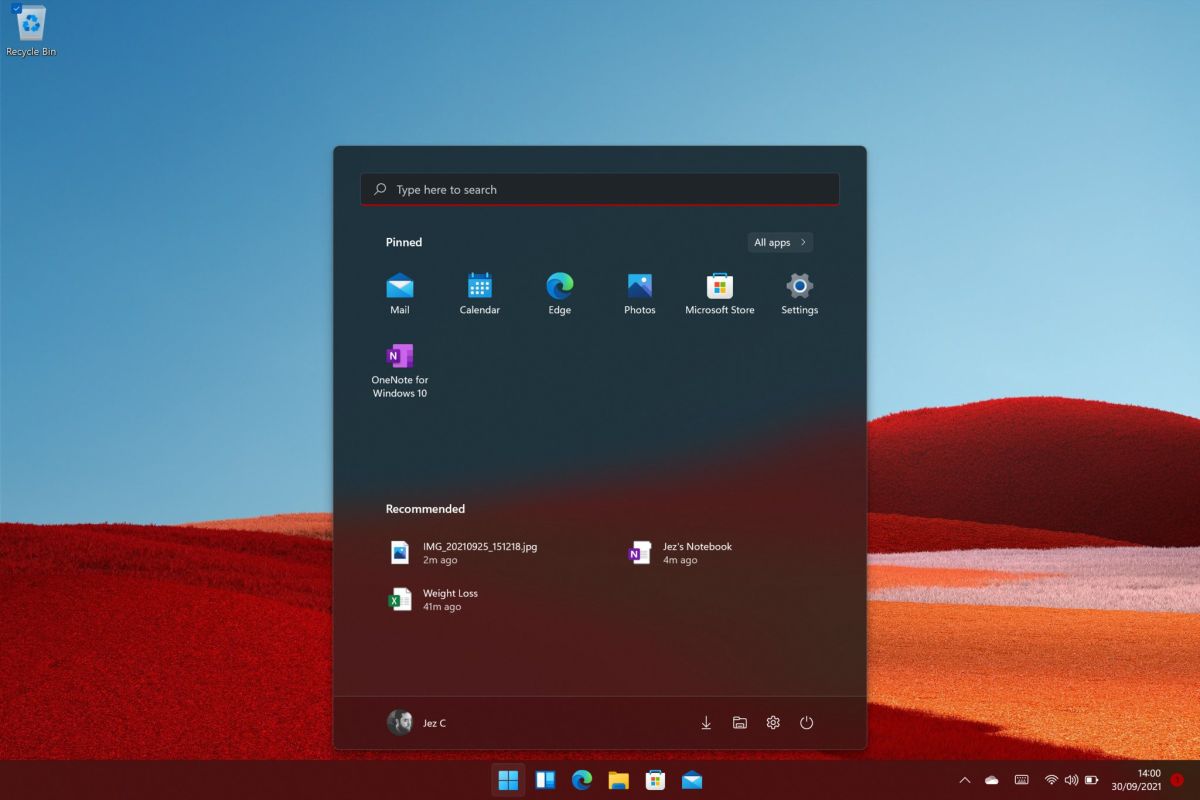 The Windows 11 Start menu is bad, and Microsoft should feel bad.

Best go back to Win10

Want to reply to this thread or ask your own question?

You'll need to choose a username for the site, which only take a couple of moments. After that, you can post your question and our members will help you out.