Review of Windows 11 And Helpful Tips

Review: ...Is basically the same as my reviews of every MS OS since DOS....

Windows 11 is a lot of chores.

Because it seems MS is far more concerned with the interests of MS than customers.....

Here are my tips to make your Windows experience as close to tolerable as possible:

1. Download a version of Linux to a stick or disk.

4. Install Windows in the prison partition and spend the next few days removing as much bloatware and spyware as is possible in a futile effort to make windows user friendly.

5. Boot to Linux for everything except when you absolutely must use Windows.

6. If you must use Windows then boot to Windows and suffer the experience and get out as soon as possible returning to sane and friendly Linux.

Once you have followed the above tips you should find your peace and tranquility have increased exponentially.

Concise, strongly worded and well written. A genuine B-

Not to be disrespectful, but....
I think I'll ignore it and move on, as this is a Windows 11 forum after all.
Apoligies.

So, you decided to get rid of Windows and switch to Linux because you have strong beliefs about free and open source software, eh? Well done! That is quite the noble action, and you should be proud that you are following your morals. You could have chosen a Chromebook but you didn't, as you...

As a veteran and patriot, I love the Noob Whisperer's quote.

As a computer user and Microsoft customer since my homemade 386 clone had the world's largest civilian obtainable hard drive which was a whopping 60 mb...

I would like to respond that in reality the tip I offered would enhance any Windows user's experience.

The above tip provides full Windows 11 utilization capabilities along with option to do computer usage on an equally competent platform that has few or no background processes utilizing resources depending on how you configure and runs extremely fast and smooth.
The upgrade is free and can be accomplished by a novice in an evening's time.

I also find that switching between the two OS's as needed has greatly improved my Windows experience as in effect Windows stays far tidier and healthier with the "decreased milage" ...so to speak.

Please consider that I was offering an honest review and helpful suggestion that could greatly enhance any Windows 11 user's experience.

Interesting clip in Troubles post!
I have Windows 10 and Windows 11 running in a dual boot, on Two, alleged, incompatible computers. I have no problems with either.
Not sure exactly what bloatware and spyware is referred to in the op. As is my custom, I normally uninstall any third party games/programs.
I speak as a inexperienced and sore loser when I say that, over the years, I have tried different flavours of linux and in a very short time, have got into such a complicated mess that I have bern obliged to quickly return to windows.
Perhaps things have changed over the last couple of years, but I did find massive amounts of bloatware in linux. Probably how linux programmers get their financial returns?
Last edited: Jan 12, 2022

"Probably how linux programmers get their financial returns?"

Just got curious regarding my own musing: 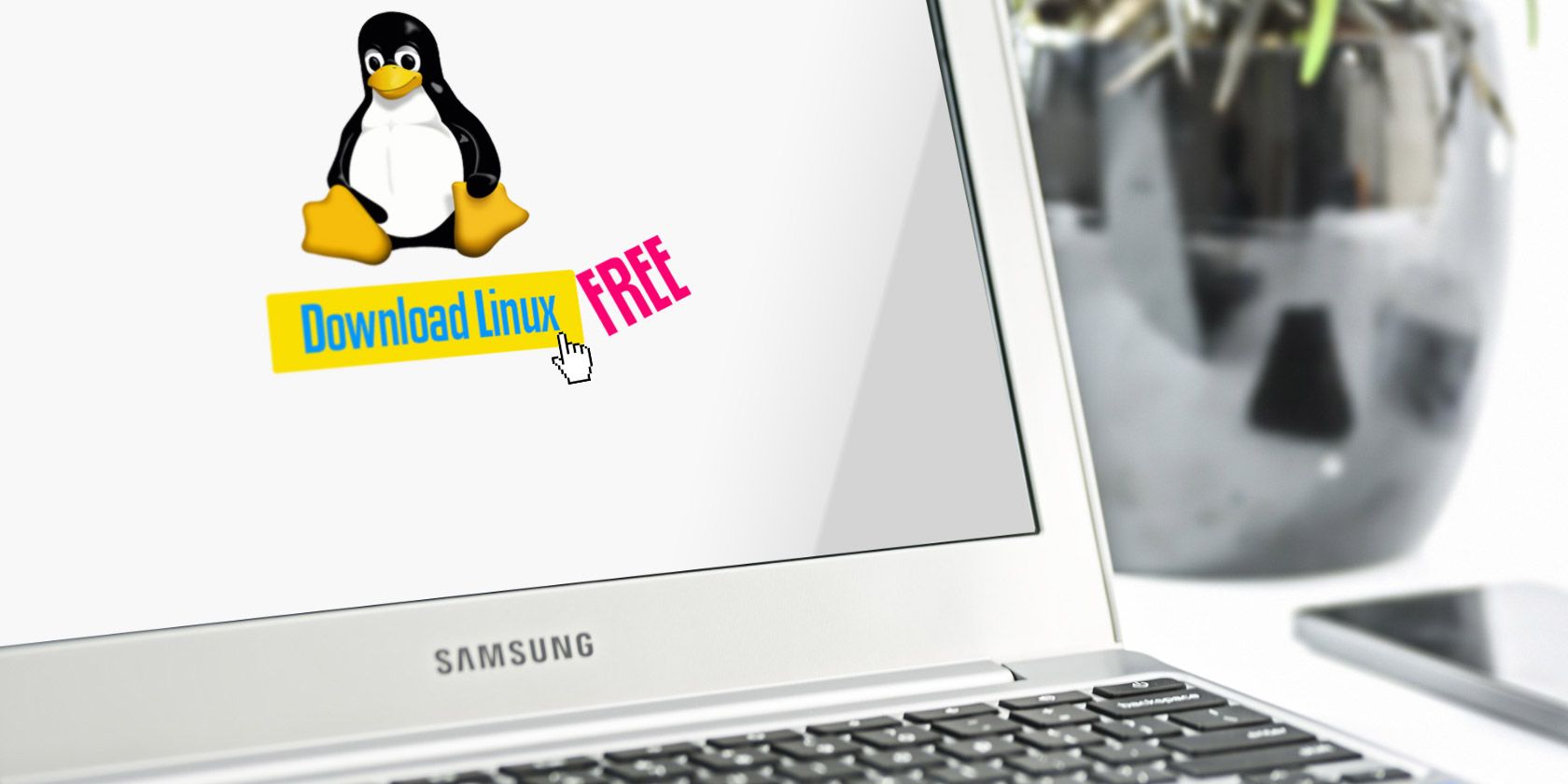 Why Linux Is Free: How the Open Source World Makes Money

Just why is Linux and open source software free? Is it safe to trust free software? What do the developers get out of it, and how do they make money to continue development?

thanx for your thoughts davehc

Well I am not at all surprised we have had different experiences and no doubt as in real life every individual most likely will.

I am also a fan of "I normally uninstall any third-party games/programs" ...this is the "chores" I referred to as well coping with the myriad of issues that Windows users encounter some of which are expressed on forums such as this.

So I am not able to visualize what versions of Linux you have attempted that contained "massive amounts of bloatware" as Linux is available as a bare bones OS that starts off as simply an interface between the user and the computer and allows the user to add which if any programs to add as necessary / desired.

The link you provided as well as the link that Trouble added to his post are slightly misleading in that in reality Linux is supported by optional donations from users for the core OS and the "plug in's" (programs or apps if you like) are developed by users and again only funded by donations and benefit, as in if one develops a program they did so most likely to serve a purpose they benefit from and they choose to share it.
As Trouble the moderator shared ...yup folks talk about Mozilla/Google but in reality, this has nothing at all to do with the Linux OS as Firefox is simply a preference of some Linux users and there are quite a few other options. I use Safari.

I actually use and am a fan of Windows for many tasks and have been building computers and installing registered versions of Windows OS as opposed to OEM since before there was an internet and it came as stack of floppy's.

I personally dual boot the two os's for a variety of reasons, one I have yet to mention is I live in an as sparsely populated area as exists and internet is something of a precious blessing here when available as opposed to the given it is for most.

I also run resource intensive design programs that require as much processing as can be obtained. When a program is run on both platforms there is an easily notable performance advantage with Linux. I suspect this is due to resource allocation.

One benefit of Linux is that nothing "runs" (background processes, yet oddly everything is also available instantly with no delay) unless requested by the user as opposed to Windows which a simple resource monitor easily confirms.

Geographically speaking the vast majority of internet customers have access to 5-50 mb bw with data caps in the low hundreds of gb.

I know for a fact and experience that it is possible to remove every program on windows that is not native to the operating system and having never opened any other program, including ever opening a browser, except the resource monitor and settings to prevent sleep, and after the windows has acquired all the updates it likes with absolutely no user action having ever been requested ...
when allowed to just sit there running will non stop continue to "compute" or use resources and transmit as much as 20gb+- a month.
Again, a simple resource monitor easily confirms this as does the testimony of thousands of rural windows users. By contrast Linux does absolute nothing that is not prompted by the user.

As far as safe? I would imagine the world's population of linux users that have been hacked or lost data proportionally is a tiny fraction in comparison to win, but for many reasons, such as linux users in general are folks that actually are professional or hobby programmers or scientist and savvy.
Another being that they are different animals, so to speak, where widows is clones of itself distributed to users, in effect Linux is unique to every user. so, a hack to windows effects all windows exposed to the trouble whereas a hack to Linux could only be effective to an individual or individuals that conformed their os's identically.

So again, I found something that for many folks makes windows far more user friendly and shared it above.

Ok. Maybe the thread title should be changed.
As we are now ”swinging the lamp”, at the age of 87, I also was working with computers, however primitive, before the internet or Windows were invented.
Anyway, enough from me, I am out of this thread
Last edited: Jan 12, 2022

Not at all sure why you suggest... "Ok. Maybe the thread title should be changed." ... as the title is spot on in that I gave my review "chores"
...I can't imagine there are many that disagree, even you admitted to " As is my custom, I normally uninstall any third-party games/programs." ...and the forums are choked with folks seeking solutions to issues.

In addition, I stand by my assertion that dual booting Linux with Windows using Grub (the Linux boot manager) rather than Windows boot manager and using the OS that is most efficient for desired task is a fine tip that results in increased serenity, productivity and a healthier tidier Windows OS.

We have stuff in common davehc ...I recall when research required books and microfiche was earth shattering innovation.

If anything, my humor is mistaken for hostility towards MS products by die hard types perhaps?

My super tidy streamlined lightning fast Win 11 ...happily oblivious of its existence in a prison.
R

I switched to PopOS for about 6 weeks as my daily driver. I'm a developer and work in WSL2 daily anyway. I'm very comfortable with the command line. While very usable as a daily driver, my computers all have 4K monitors and the support was pretty bad. Fractional scaling at this point doesn't work well at all and if I'm being honest, Linux feels slower than Windows 11. Battery management is lacking on laptops. I had to disable the Nvidia drivers because my computer's fan was roaring like a jet and battery life went to hell. Using Intel for my display actually made the battery life great. The google drive support was not a great experience. Very slow compared to using the 'google drive for desktop' software. The Mail clients just suck.

Linux is fine for older computers, but on a newer PC, you are really just not using the full potential of the machine.

So, originally I made this post as a satire, while frustrated, during my first ever attempt to run an OEM OS native on a spanking fresh out of the box laptop.
...more or less as a comment on the difference of an OS that attempts to anticipate a user's needs and comes loaded to the gills with features as opposed to one that is able to be installed as a bare bones interface and the user adds functions as the need arises.

As you are surly aware there are endless ways to build a Linux OS, So there is really no way to rate one with anything except how useable it is for the task/s intended. I imagine I have hundreds of hours tuning my workstation to utilize my hardware.

After Trouble's comment (the groovy moderator) I pointed out that on some setups, without expounding on the details such as pairing with the awesome win 7 or pairing with win 10 ...my experience was using the grub boot manager and dual booting resulted in, for me personally, having a greatly improved windows experience.

By the time I posted:

I made a failed attempt to attach SS of my Ideal win 11... after ironing out the kinks so to speak. I managed to upload that image in another thread.
Since, I have made several comments on how pleased I am with this 11 OS and only wish I made a line-item list of exactly the changes and sequence that resulted in my flawlessly running liquid lightning fast idea of win 11 in the event that I could share and aid a like minded key clicker.

Want to reply to this thread or ask your own question?

You'll need to choose a username for the site, which only take a couple of moments. After that, you can post your question and our members will help you out.